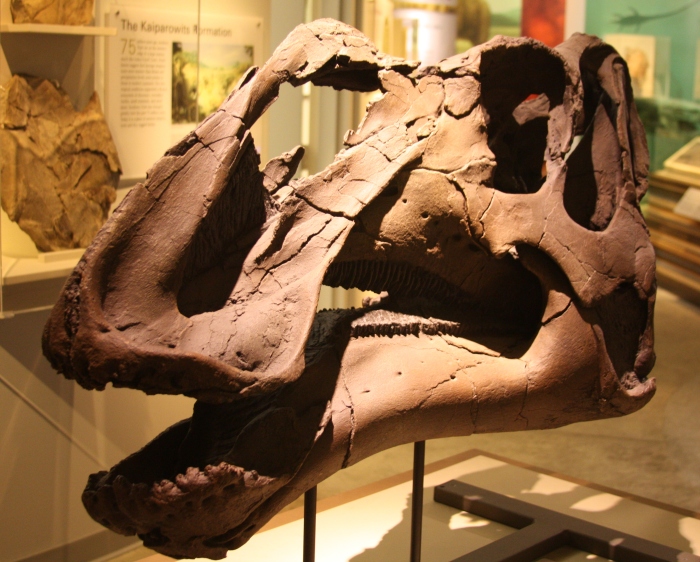 The Kaiparowits Plateau extends nearly 50 miles and runs parallel to Hole-in-the-Rock Road. This plateau ranges from the city of Escalante (northwest) nearly to the Colorado River (southeast) and comprises a large portion of the Grand Staircase-Escalante National Monument. The Kaiparowits plateau covers approximately 1650 square miles. Portions of the plateau are covered with pinyon pines and juniper trees. Within the sandstone layers that form the plateau there are many unique fossil remains that have contributed crucial information to understanding the evolution of dinosaurs. These remains include details as small as dinosaur teeth and eggshells. In fact, a new dinosaur species, Gryposaurus, was discovered as late as 2007 within the layers of the Kaiparowits Plateau.