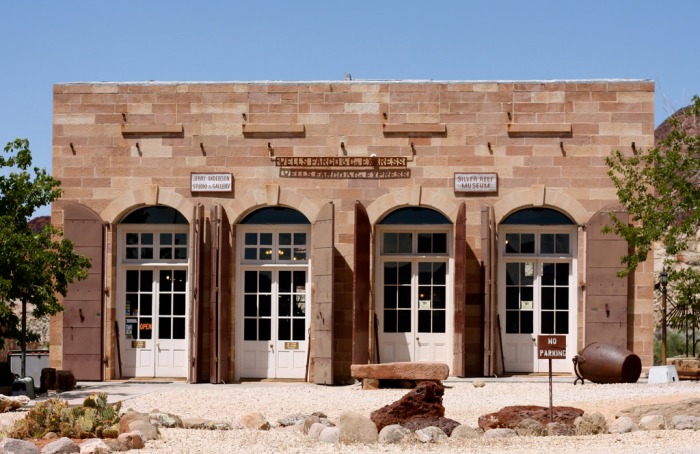 In 1866 a prospector discovered silver in the vicinity of the future town of Silver Reef, but he did not develop his find until 1870, at which time he and some friends formed the Harrisburg Mining District and began small-scale operations. In 1874, when prospectors staked out the Leeds claim on White Reef, a sandstone ledge, a small camp originated nearby that came to be known as Silver Reef because of the numerous silver strikes in the area. It reached its peak between 1877 and 1880, when stores and hotels, a bank, a church, and a Wells-Fargo office lined the busy street.